Based in Palo Alto, Tappity hopes to make its app the go-to destination for anyone who wants to teach kids about science.

CEO Chad Swenson, CTO Tanner Swenson and CPO Lawrence Tran, the co-founders of Tappity, have an ambitious goal: to provide kids around the world with a better science education. 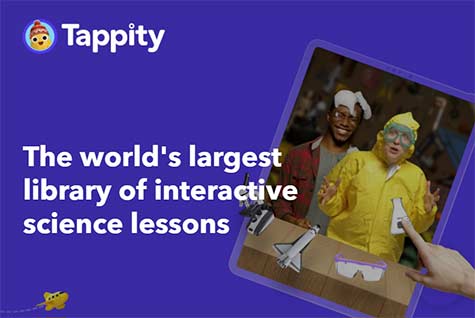 According to their website, the company has always been driven by a foundational belief that a deeper understanding of science can lead to a more prosperous world.

So far, so good. They’ve gotten good traction since they launched their iOS app in late 2017.

Silicon Valley Business Journal reported in September that the company had grown organically to 5,000 subscribers and $55,000 in monthly revenue, without having invested in marketing.

Today, parents and kids can tap into over 200 science lessons with thousands of educational videos.

Tappity’s CEO told TechCrunch that it hopes to have over 4,000 hours of video by the end of 2021, in line with the company’s stated goal of becoming an “interactive Netflix for kids.”

Tappity was a promising startup in Y Combinator’s Summer 2020 batch. While it’s unclear if this seed funding round came directly from those pitches, the timing and investor list suggests that it did.

With their new seed-round funds now in the bank, Tappity will continue to invest in its platform, in its content and in growing market awareness of its edtech offerings.

Let them know on LinkedIn

About Our Small Business News