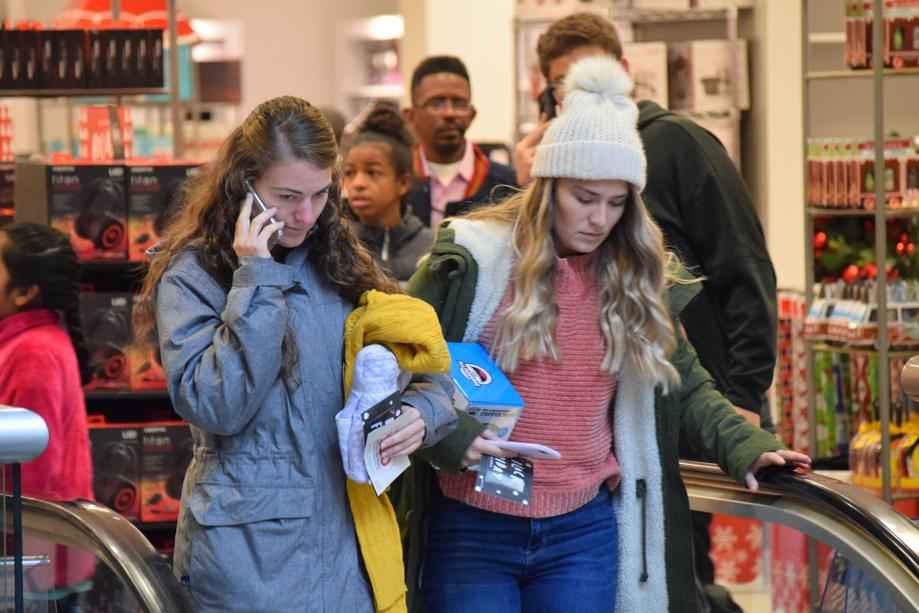 Good morning! Below are some of the top tech startup news for today, Monday, December 2, 2019.

Cyber Monday shoppers on track to hit a record $9.4 billion, Adobe Analytics says. As of 9:00 a.m. New York Time, Cyber Monday shoppers have already spent $473 million online, according to data released by Adobe Analytics, which monitors the online transactions of 80 of the top 100 web retailers in the U.S. The firm says this year Cyber Monday online sales are on track to hit $9.4 billion. Last year, Cyber Monday sales hit $7.9 billion. Samsung TVs, Apple laptops and Amazon Echo are among the most popular electronic products, according to Adobe. Black Friday was predicted to be the busiest shopping day of the year in the U.S. for shoppers to head out to stores, but even on that day people were loading up online shopping carts. Online spending hit a record of $5.4 billion, up 22.3% from a year ago, according to Adobe data Sunday night.

Elon Musk paid nearly $1 million for abandoned car bought by a couple for $100. A Couple paid $100 for abandoned car they found in a storage unit and Elon Musk bought it from them for nearly $1 million. The Long Island, New York couple paid roughly $100 for an unclaimed storage unit in 1989.  Years later, Elon Musk bought their find for nearly $1 million. The car turned out to be a 1976 Lotus Esprit sports car used in the filming of the 1977 James Bond film. According to a post on tweeter, Musk said the car influenced the design of the newly launched Tesla Cybertruck.

Carbon capture just got cheaper and more efficient. Thanks to MIT engineers! Engineers at MIT have now created a device to trap carbon dioxide that is much less energy-intensive and costly than today’s technologies, according to a report from the journal Energy and Environmental Science. Capturing carbon dioxide from smokestacks, and even removing it directly from air, might be the only way to avert the most catastrophic effects of climate.  The device, according to the report, works a lot like a battery. It absorbs carbon dioxide from air passing over its electrodes. It could be made as small and large as needed, making it easy to use at different carbon dioxide emission sources.

London-based fintech Startup Hastee scores $270 million investments to accelerate growth. Hastee, a fintech startup that enables workers to receive a portion of their earned pay immediately, announced today it has secured $270 million (£208 million) of investment to fund the development and growth of its financial wellbeing solution that gives workers immediate access to their earned pay. This funding is led by Umbra Capital and supported by IDC Ventures and others. Founded in 2017 by James Herbert and Simon Draper, Hastee is on a mission to solve the nation’s reliance on high-cost credit, most notably payday loans, credit cards and overdrafts, by providing fairness and financial freedom to workers. Its award-winning financial wellbeing benefit lets workers access up to 50% of their earned pay on demand, via the Hastee App.

FinTech startup Uncapped scores £10M in funding. Uncapped, a London, UK-based fintech startup that helps founders fund their startups and grow their businesses, has raised £10m in funding to continue to expand operations. Investors include Global Founders Capital, White Star Capital and Seedcamp. Founded in 2019 by serial entrepreneur, Asher Ismail, and venture capital investor, Piotr Pisarz, Uncapped provides flexible growth finance to companies seeking an alternative to venture capital or traditional debt without credit checks, personal guarantees, warrants, equity, or interest. The startup helps founders to raise working capital between £10k and £1m at a flat fee of 6% to manage their fluctuating revenues can fluctuate from month to month, particularly during early and growth stages.

Pacifico Energy closes $265.8 million (29 Billion Yen) for its Second Solar Fund. Pacifico Energy, a privately held utility-scale renewable energy developer, today announced today that it has closed $265.8 million (29 Billion Yen) for the launch of its second solar investment fund (“Fund II”). According to the company, the Fund II will be comprised of five Japanese solar power plants totaling over 216 MWdc. Concurrent with the initial closing, Fund II completed the acquisition of its first solar plant, a 35MW project located in Tochigi Prefecture and will acquire the remaining four solar plants next year. Founded in 2012, the Tokyo, Japan-based Pacifico Energy is a privately held utility-scale renewable energy developer. Since inception, Pacifico has developed 11 mega solar power projects totaling close to 1 GW. Pacifico has a pipeline of additional development projects totaling over 300 MW of which all four projects are expected to begin construction in 2020.

Harlem Capital closes $40 million Inaugural Fund to invest in minority and women founders in the U.S. Harlem Capital Partners (HCP), an early-stage venture capital firm that is focused on investing in minority and women founders in the United States, today announced the closing of Harlem Capital Partners Venture Fund I, LP at $40.3 million (“Fund I”). The fund was oversubscribed from its target of $25 million and above its initial cap of $40 million. Founded in December 2015, HCP is an early-stage venture capital firm on a mission to change the face of entrepreneurship by investing in 1,000 diverse founders over the next 20 years. HCP makes investments of $250k to $1 million in Seed and Series A rounds startups. The firm was founded in a Harlem living room as an angel syndicate by Managing Partners Henri Pierre-Jacques and Jarrid Tingle, who worked together at ICV Partners, alongside Venture Partner Brandon Bryant.